A freeride movie shot in the East fjords of Iceland, starring the Icelandic snowboarder Rúnar Pétur

Rúnar has had this idea for a long time to film his local lines around Neskaupstaður which is a small fishing village in Iceland. It has been Rúnars dream since he was a kid to film these lines and share it with the world. Rúnar has spent many winters in the alps, living in his van riding with Korua Shapes. After spending a lot of time there he felt that his heart truly belonged to the mountains back home. Rúnar realised that he didn’t need to travel half the world because his local mountains are a free ride paradise. 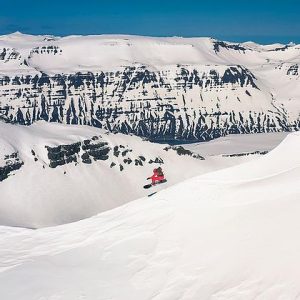 The idea behind the movie is to show the unique landscape that Iceland has to offer mixed with Runar’s authentic style of snowboarding. Filmed in an artistic way, simple snowboarding that people can relate to. In the movie Runar picks his local lines as close to the ocean as possible. Every curve made in the wind shaped mountains is deserved by many hours of climbing from the ocean edge.

Iceland is well known for its wild weather conditions. When we decided to film this movie we knew it would would take dedication and patience to get the shots. We filmed in the middle of one of the hardest winters in decades. The Icelandic wild nature and the North Atlantic wind does not forgive. That’s why we really appreciate every single line filmed and ridden in this movie. 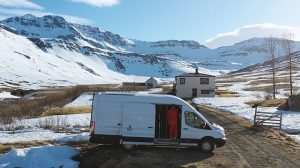 Rúnar has dedicated his life to snowboarding and living a simple life in his van.

Earn your turn, the story of Julien “Pica” Herry

Earn your turn, the story of Julien “Pica” Herry