The cities and their noise, that’s where most boards end up going back.

In Argentina, 9 out of 10 people live in cities, thus, we assume that many splitboarders return to the city after having enjoyed the solitude of the mountains and their active silence.

The renowned architect Antonio Gaudí once said: “In order to do things properly, two requirements are essential: first, the Love, second, the Technique.

Our task is to spread maintenance, repair and optimization techniques. Learning to love your board requires practice, skills and observation, to obtain mutual benefits for you and your splitboard.

During the urban spells of melancholy and jonesing for the mountains, you may pay attention to your boards and obtain a double reward: putting your attention on something else, and organizing your gear.

Regular use and abuse of the board, demands regular maintenance. Mountainous and snow covered terrain, often hides rocks and tree trunks, making crashes inevitable; they’re part of the game.

Sidewall, also known by the name of the plastic composite it is made of: ABS, is a highly impact resistant material, and it acts as an envelope /protection for the board’s wood core. It is located between the top sheet and the edges.

The whole area you see on the image, which goes from nose to tail, is what penetrates the snow during the development of the turn.

The edge provides the grip and the Sidewall provides the stability. In order to perform optimally, dents and irregularities – resulting from impacts- need to be removed, and this plastic laminate needs to be slightly readjusted below the metal edge.

When the Sidewall is higher than the metal edge, it does not allow the edge to perform and penetrate the snow correctly. Metal files and grinding belt edge machines are made for metal; plastic obstructs and collapses its abrasion and cutting capacity. Sidewalls are soft, metal edges are hard.

Sidewall service: We’ll use a blade to remove the dents from the sidewall and the sidewall by the metal edge; we could also use a file. There is also a very handy tool with a tungsten blade, which is very useful to do it with utmost precision. 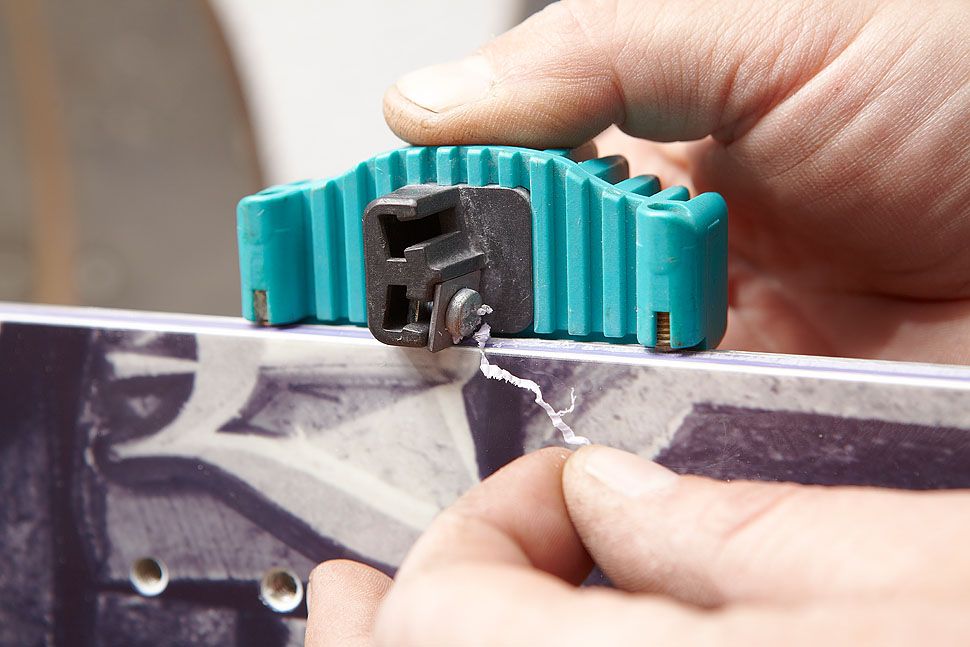 To remove the material which stands out of the ABS surface, resulting from impacts and scratches, we will cut it off with a blade or a chisel, using the sidewall surface as a reference to guide us through this task. 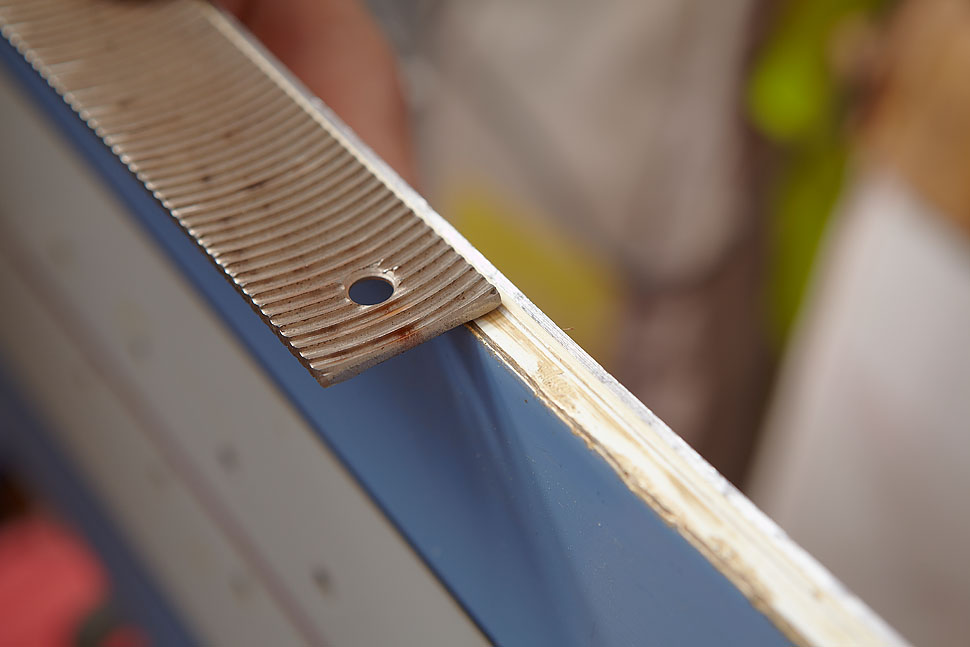 If resulting from a big impact, the dent on the ABS is deep, we can fill it in using a double-compound glue (resin and hardener), easy to find at any DIY store. In this case, in order to remove the excess of new material, we will use a file to even up the treated surface. 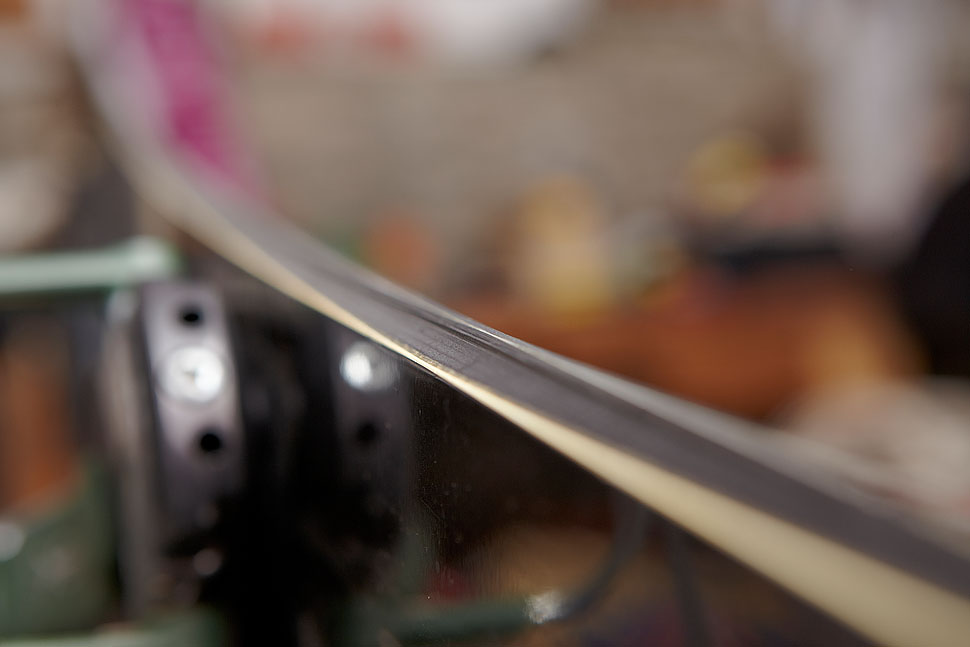 On the straight angled ABS area close to the edge, we will proceed to shave off a few microns of material following the edge length. This will allow the metal edge to perform better, improving edge hold and speed.

Bear in mind, that the edge generates more friction on the snow than the base, thus reducing the speed. We will appreciate the result of the previous good work executed in our workshop, when cross- sectioning a slope to remain high and access a good line.

The images show as a reference the maximum amount of material to be removed. This is not a regular service; you should preferably do it –if necessary- every time you sharpen the metal edges. Nevertheless, it’s always a matter of microns of material. It is better to do it slightly several times, rather than overdoing it on the first try.