ick Russell is probably one of the most active splitboarders in the whole wide world, and also one of the most inspiring riders for those who follow his steps. We can currently find him exploring every single corner of the Sierra Nevada mountains, California, but his trademark self-sufficient style has taken him to achieve insane traverses and first descents in the most remote mountain ranges like Alaska, the Andes or the Himalayas.

–Hey Nick! Whereabouts are you right now? How was your winter??

Greetings! I am at my home in Truckee, California, USA. My winter was great. Found some great snow, rode some new lines and came out strong and healthy. That is the ideal season for me. 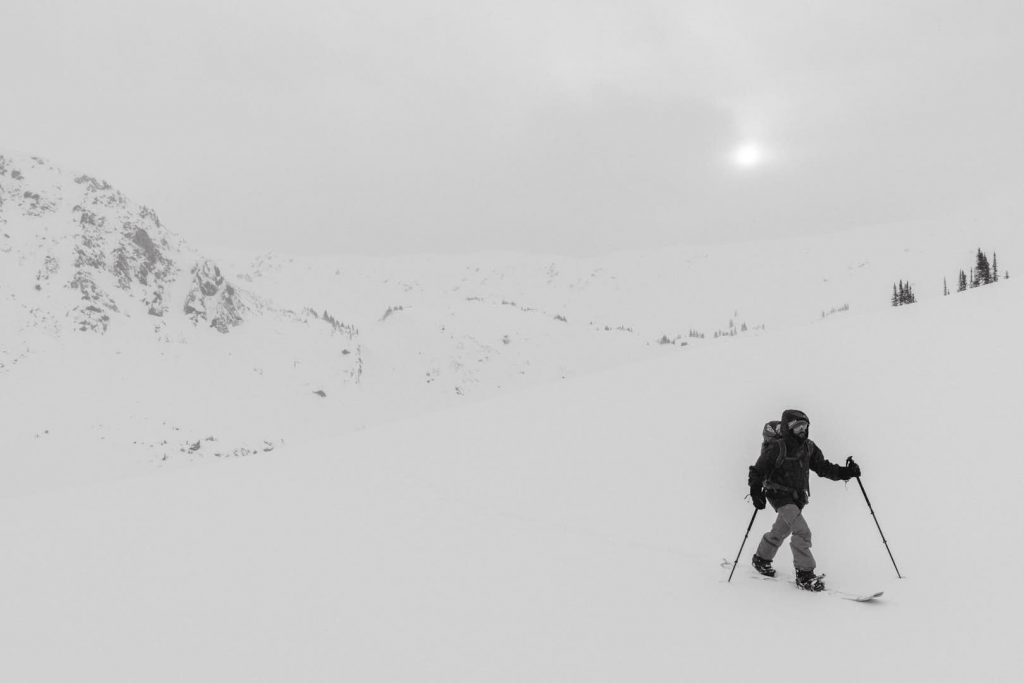 –As an introduction, we know that you grew on the East Coast, and that you went to school with Danny Davis or Kevin Pearce. How did those early competition years go before moving to Salt Lake City, Utah?

Yessir. When I was younger, that was all I knew, so I just followed the pack doing what I thought you had to do as a snowboarder. I did okay in some events here and there, but things never took off for me as they did for my friends.

–When did you first focus on freeriding?

Moving to Utah in 2006 opened my eyes to a whole new world of snowboarding. There were a few years that I was still dabbling in the freestyle/park/jibbing scene, but around 2011 I was 100% riding in the backcountry.

– What riders influenced you during those years of transition to backcountry riding?

I started riding with Wyatt Stasinos in 2011 when we were filming for “One” by Givin Films. His outlook on riding natural terrain and passion for living simply  helped to set me on the path to where I am today. 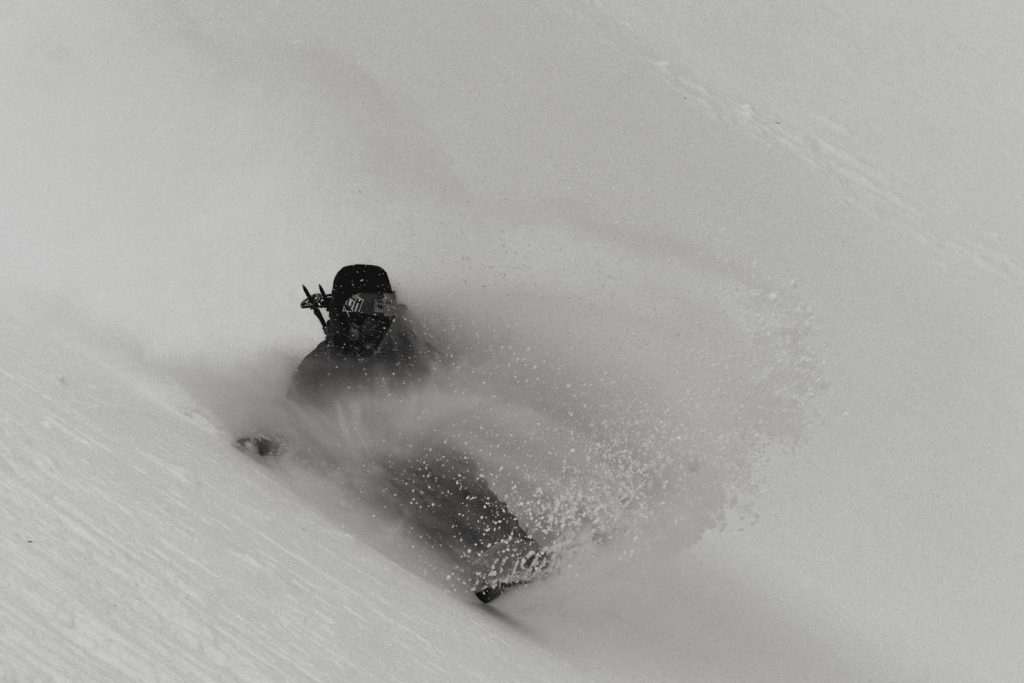 –We suppose that those early days after finishing high school were not easy to spend as much time as possible in the mountains. How did you manage financially?

Luckily at the time, rent was really affordable to live in a house with a bunch of people,about $400 a month or less. I was able to work all summer and fall, basically enough to pay rent all year and dirtbag all winter. Working at restaurants that my friends owned allowed me to eat food for free or really cheap. I would cut costs by not going out to the bars, I stopped buying resort passes and started splitboarding for free. Every dollar I made went back into snowboarding (and still does).

–When did you move to Truckee, and what makes the Sierra Nevada range so special that makes you move there?

I moved to Tahoe in the summer of 2014. I had a few really close friends that lived here and quickly made friends with the local Warp Wave crew, as well as Jeremy Jones. Getting an intimate view into a range that has so much snowboard history gives you a

deeper appreciation for a place. Hitting classic zones from Standard Films movies was the perfect training ground to learn to properly ride lines and to do it all on foot. Everything around Tahoe is pretty close, so you could check out new trailheads everyday without needing to drive very far. Seeing the mountains out on the horizon, especially once I started spending time in the Eastern Sierra grows your hit list to infinite pages. 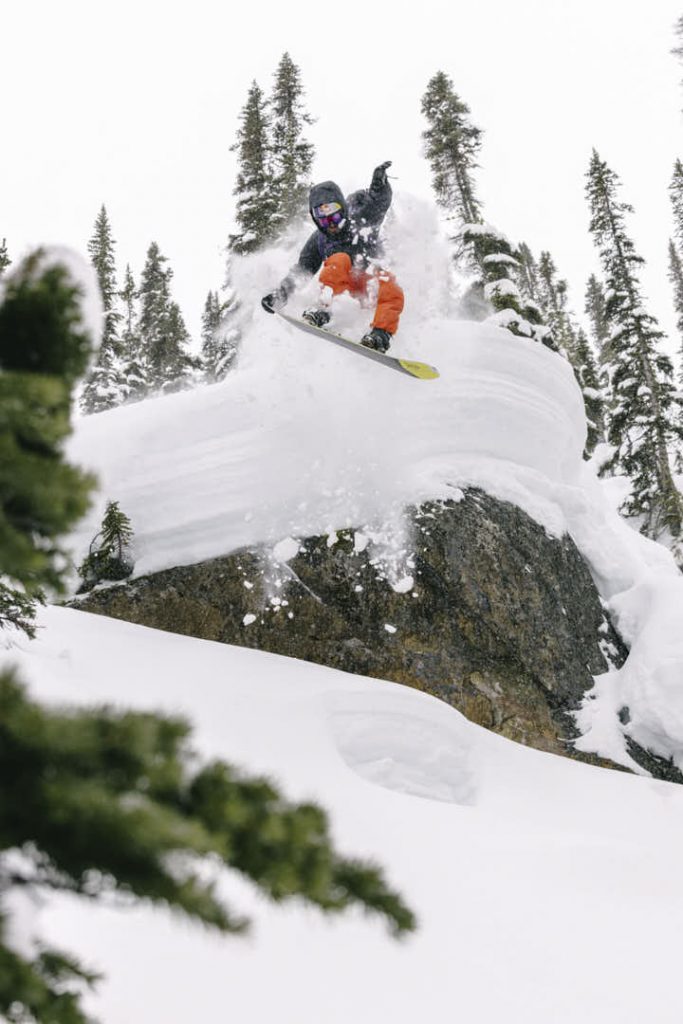 –Do you spend most of the Winter in the Sierra Nevada range, or do you travel along the Rocky Mountains in search of the snow perfect conditions?

When we have snow, I stay home for sure. Sadly due to the drought years, I do get antsy from time to time to ride powder, so that will force me to travel to places like the Tetons. Thankfully, the Sierra is within easy driving distance to most ranges in the Lower 48, which makes it the perfect place to base out of.

–When does your relationship with Jones Snowboards begin and what are your best memories from all these years being part of the Jones Team?

I got on Jones as soon as I moved to Tahoe, so for about 7 years. I learned so much from riding with Jeremy, Forrest Shearer, the Lightcaps, Jimmy Goodman and everyone else on the team. Everyone has such a deep knowledge of splitboarding and I’m honored I got to be on the same team as them for so long. One of my favorite memories has to be my first trip to Chile with Jeremy and Forrest in 2015. We spent a few weeks in extreme weather and capped off the trip with an all time camping mission out of Chillan in perfect conditions. I rode some of my first spines and got to watch the masters put on a clinic of how to ride and film lines like that. 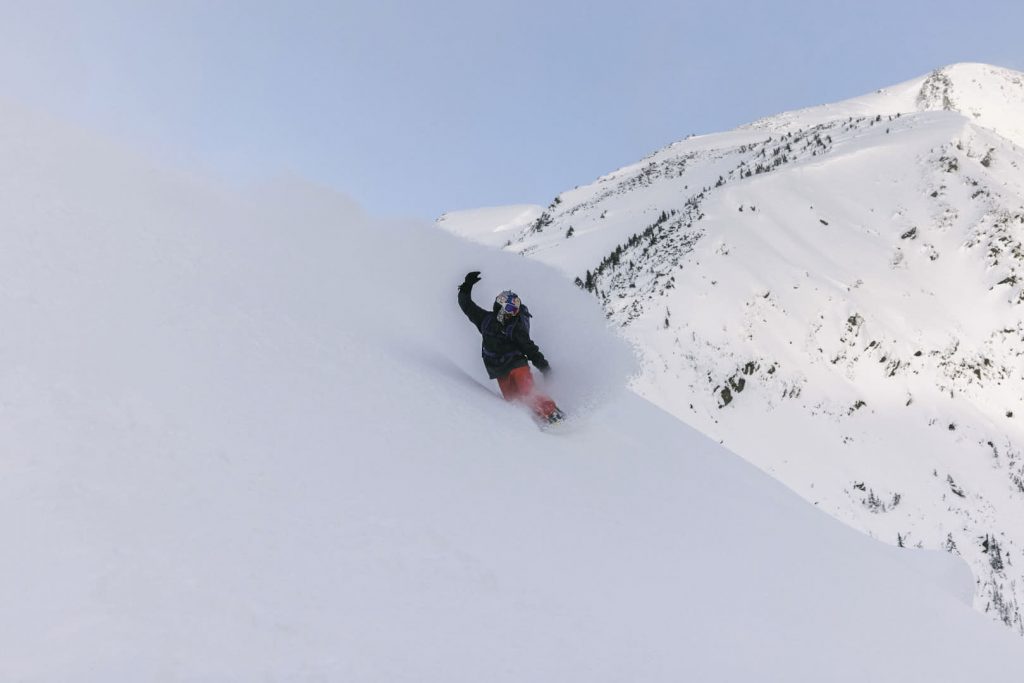 –Jeremy Jones is one of your usual buddies in your splitboard missions. What have you learned from a legend like him after all these years?

More than I could ever write down. Jeremy literally wrote the book on splitboarding and how to make films about human powered adventures. Everything from gear to bring, line selection, risk mitigation, how to film lines via splitboard, how to be a steward for the Earth- the list could go on forever!

–You recently announced signing up for WNDR Alpine, leaving Jones Snowboards behind. Besides being part of their team, will you be linked to board designing as well?

Yes for sure! That is one of the things I’m most excited about. We have been testing prototypes all season and I am super stoked and proud of how our first board turned out. They will be for sale later this summer/fall. We are already starting to design the next board which will be the first board I’ve gotten to conceptualize from the start. It is a dream come true. 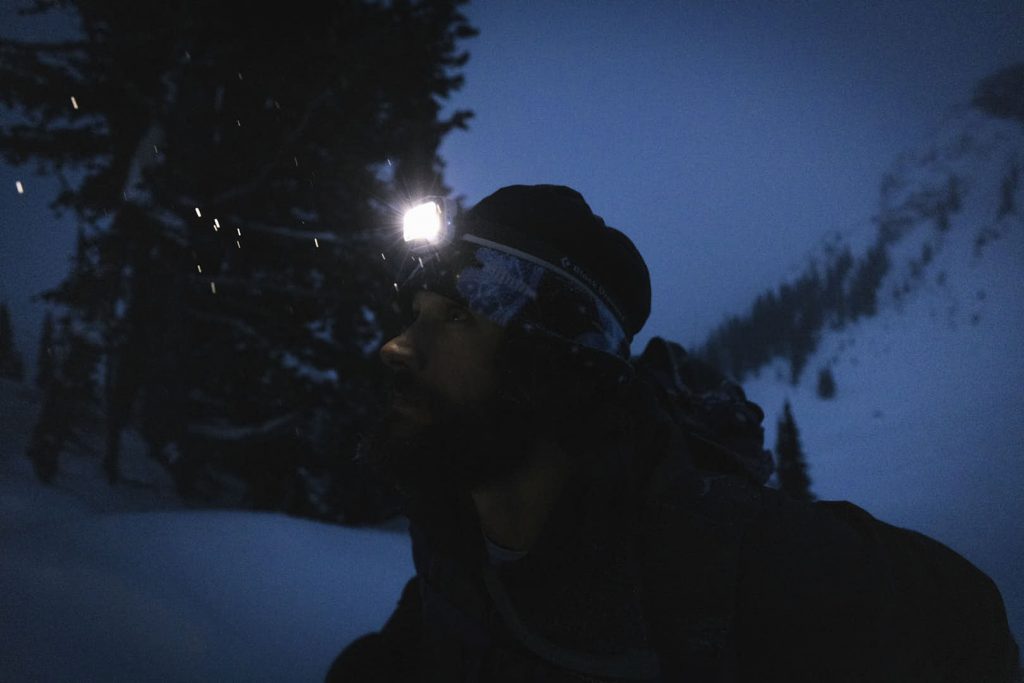 –You’ve always been a rider that has been very careful about reducing your footprint in the mountains, and WNDR Alpine is an eco-manufacturer that uses algae instead of petroleum for manufacturing their products. In the outdoor industry, we believe we should be the first ones setting an example about raising climate awareness. Is this the only way to follow?

I think with time, other brands will follow suit. But it does take time. Other brands are taking matters into their own hands, which is amazing to see. Wonder Alpine is already licensing out our Algal materials to other ski and snowboard companies for their sidewalls. The goal is to change the landscape of the snow industry as a whole to do whatever it is we can to reduce our footprint.

-We believe splitboarding has given a very much needed fresh air to the snowboard industry, especially for a generation of riders that were evolving to backcountry riding. What has it meant to you?

For sure. The community is getting older and riders are looking for new ways to experience the mountains. Splitboarding opens the doors for riders that don’t want to beat their bodies up in the park or resort chop. It helps people step outside their comfort zones, push their physical limits and learn about backcountry safety. Every day out can be an adventure that you’ll remember forever. For me, it is a way to do all of the above, and maintain longevity in snowboarding and health in my life.

-What would you recommend to those new backcountry enthusiasts?

Take your time. Make sure you are proficient at riding steep terrain at the resort before stepping into bigger lines in the backcountry. If you or your crew isn’t familiar with the area, hiring a local guide is the best way to experience the backcountry. Guides have the

safety knowledge and know where the best conditions for the day will be. 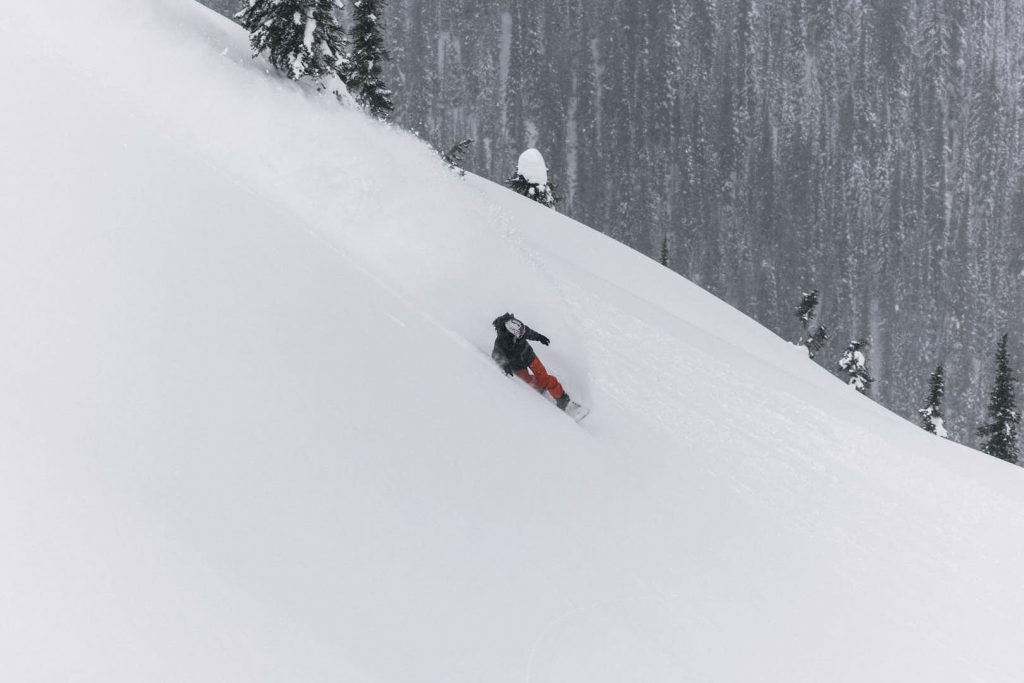 What are your plans for next season? Could you give us a sneak peek on a project that you’re part of?

Hopefully more of the same. Ride some new lines, continue to build our snowboard line at Wonder Alpine and stay healthy. Currently working on dialing in a film project or two, but usually at this point in the summer it is mostly brainstorming a few different options.

I filmed a lot last year for two different projects; Danny Davis is putting together an action-based video that will come out in the fall. I filmed mostly in the Tetons, BC and the Eastern Sierra. I’ll also have a fun Red Bull project come out from an AK trip I did with John Jackson called “Hidden Gems.’ Standby for more info to come!

Thanks for your time Nick! If you think about traveling to Europe, make sure to give us a call. We’ll be more than happy to show you our mountains!

I would love that! See you there. Thanks guys.